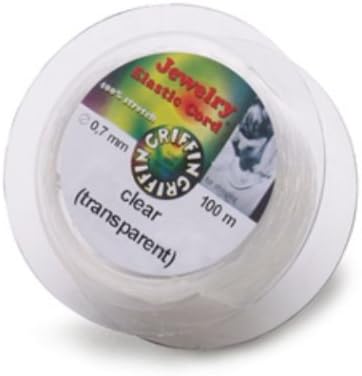 Griffin elastic cord offers the best in elasticity and strength. It is resistant to chemicals and will last longer than other types of elastic cord. Made in Germany. Clear, 1.0 Millimeters, 100 Meters