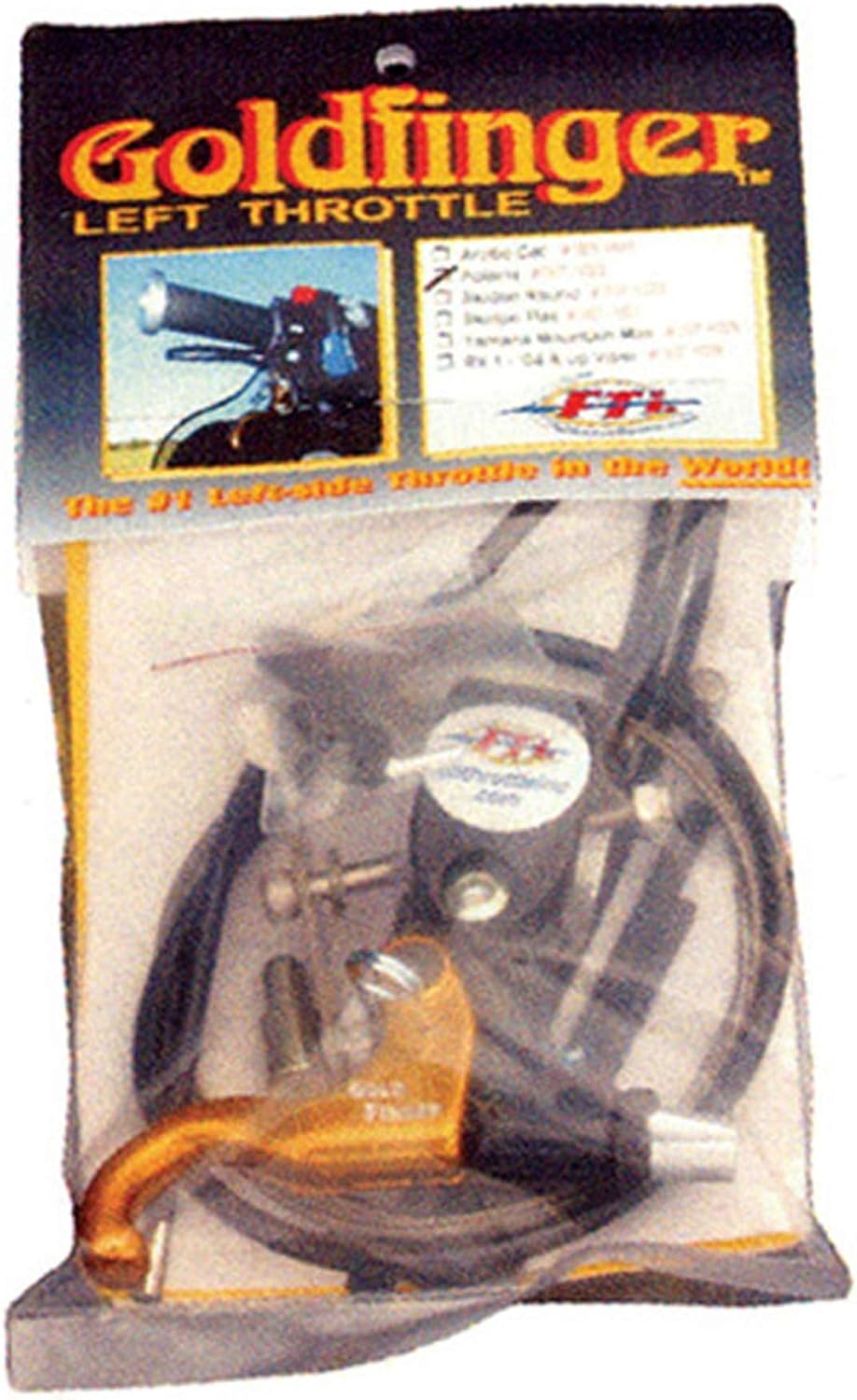 Cable adapter and fasteners constructed of highest quality stainless steelGold anodized aluminum throttle lever can be operated with one finger for safer sidehillingSafety features include rubber accordian boot (keeps snow out of cable housing) and safety pin (locks left throttle from use while trailriding, etc.)Throttle does not interfere with handwarmersKit includes all hardware, allen wrenches and instructions for installation in approximately 20 minutesApplications for most models